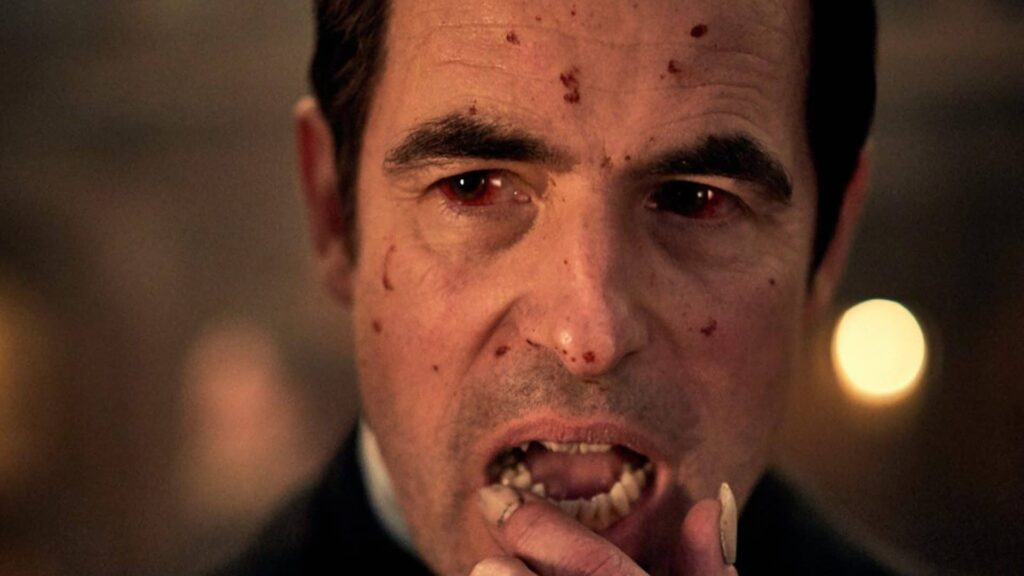 To supply post-production rooms, equipment and crew on The BBC/Netflix’s three-part miniseries, Dracula.

Gravity Media provided on-location edit suites and backup solutions with shared storage, followed by three offline edit suites and edit support Gravity House, when the production moved to London for the edit from June to August 2019.

It’s 1897, and the blood-drinking Count has grown tired of Transylvania and draws his plans against Victorian London. A familiar story, but this time with a twist: creators Steven Moffat and Mark Gatiss decided make Dracula “the hero of his own story” – the central focus of the narrative rather than a shadowy villain for more traditional heroes to overcome.

One of the all-time film and TV classics, Dracula returned to UK screens in 2020, with the first episode airing on BBC One on New Year’s Day. All three episodes are available to stream on Netflix.