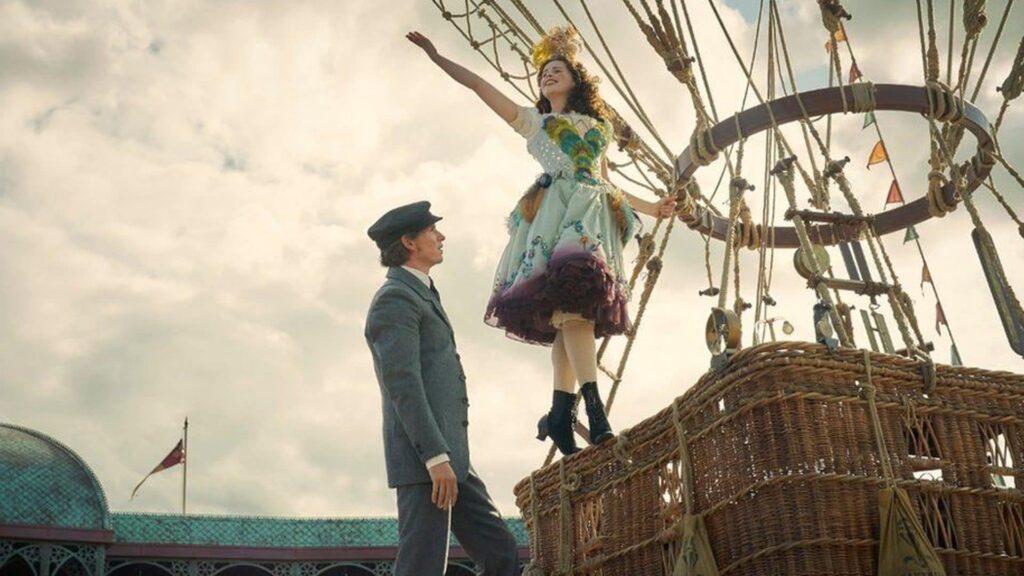 Set in 1862, The Aeronauts is loosely based on the story of a gas balloon adventure in which scientist James Glaisher (played by Eddie Redmayne) and pilot Henry Coxwell took to the skies to further knowledge of meteorology – and in doing so, set the record for the highest flight in history.

In the film, Coxwell’s role is fulfilled by Felicity Jones, whose character is a fictional daredevil balloon pilot, Amelia Wren. While breaking records and advancing scientific discovery, the pair face physical and emotional challenges in the rarefied air, as the ascent becomes a fight for survival. The film was released in November 2019, and is now available to stream on Amazon Prime Video.